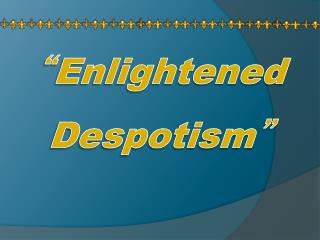 “ Enlightened Despotism ”. Enlightened Despots were rulers who tried to justify their absolute rule by claiming to rule in the people ’ s interests by making good laws, promoting human happiness, and improving society. Frederick the Great of Prussia ( r. 1740-1786). 1712 – 1786 . The Meaning of Life - . lecture 1: tolstoy’s confession. what is the meaning of life?. you will hear how some

The Enlightened Despots - . the objectives of this slideshow are:. the enlightened despots came out of the old absolute

Analyzing The Lion King - . through a marxist lens and a feminist lens, we can be enlightened and critical of a major

The Shadow Archetype - The other within us…. the shadow archetype. “one does not become enlightened by imagining

Chapter Sixteen The Eighteen Century: From Rococo to Revolution - . ••• culture and values, 6 th ed. cunningham and