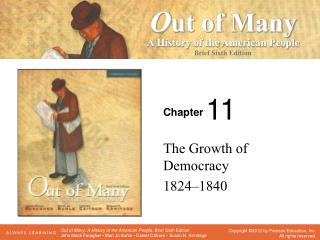 11. The Growth of Democracy 1824–1840. GRAFFITI WALL: Timeline of US progress and development. Identify key political, social, and economical concepts the US endured through the years of 1787-1824. Hint (Whiskey Rebellion, Election of 1800, Louisiana Purchase, Jeffersonian Democracy, etc.) Plant Growth and Development II - . &quot;it is at the edge of a petal that love awaits.” ...william carlos