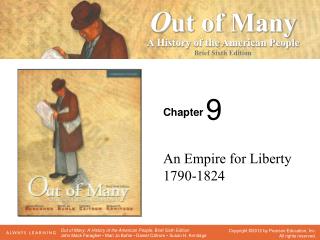 Liberty vs. Order – The 1790's - . essential questions. what was alexander hamilton's program for dealing with national

Liberty and Order in the 1790’s - . problems faced by the us prior to the constitutional convention were still present

Reaching for an Empire - . us imperialism. learning target:. we are learning to: 1. define expansionism (manifest

Japan’s Drive For An Empire - . did japan commit war crimes during wwii?. i. invasion of manchuria. a. emperor of

Japan’s Drive For An Empire - . did japan commit war crimes during wwii?. i. invasion of manchuria. a. military

An Empire Emerges - . republic to empire. marius = a general who recruited soldiers from the poor and promised them land

Launching an Empire - . project. how to launch an online product while running an offline business. brian kalakay. my

Ruling an Empire - . dividing the empire the romans divided the empire into provinces. the provinces were territories or

Building an Empire - Unit 6. building an empire. the monroe doctrine (1821). russia was expanding into the americas spain

An Accidental Empire - . british got their empire in a ` fit of absence of mind ` there was no systematic plan to build

England discovers its colonies: Empire, Liberty, and Expansion - . chapter 3. colonist in north america. england in the

Fighting for Liberty - . women in the revolutionary