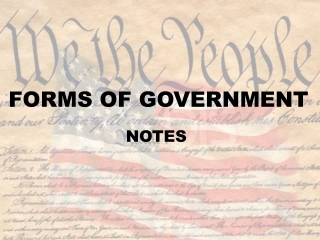 FORMS OF GOVERNMENT. NOTES. Learning Target #1. I can define government and I can explain the ways in which it works to serve society. Frayer Model. Government. Purposes of Government. Provide security Maintain law and order Provide public services Maintain other institutions.