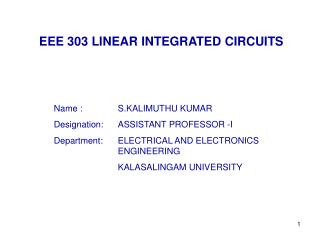 Chapter 18 - . direct current circuits. dc circuits. sources of emf. the source that maintains the current in a closed

4. Karnaugh Maps and Circuits - . objective: to know how to simplify switching functions by karnaugh maps, to understand