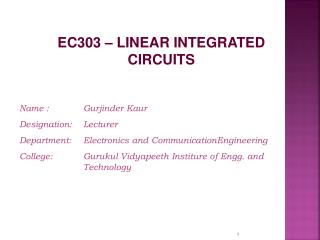 Integrated Circuits - . how are integrated circuits

Non-Linear PowerPoint - . allowing for interaction and choice. note that the following powerpoint allows interaction with