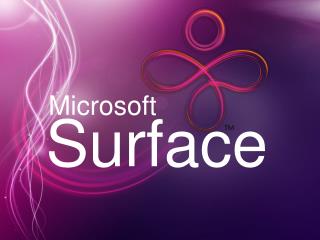 Surface. Microsoft. Evolution of User Interfaces. Command-Line Interface (CLI) : It is a mechanism for interacting with a computer operating system or software by typing commands to perform specific tasks.