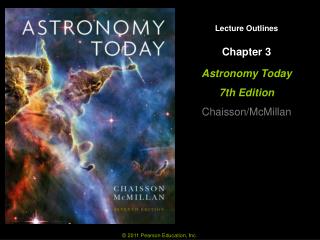 Chapter 3. Chapter 3 Radiation. Units of Chapter 3. 3.1 Information from the Skies 3.2 Waves in What? 3.3 The Electromagnetic Spectrum The Wave Nature of Radiation 3.4 Thermal Radiation The Kelvin Temperature Scale More About the Radiation Laws 3.5 The Doppler Effect