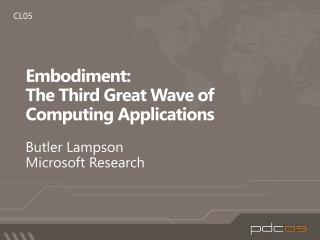 Fundamentals of Intellectual Property - Want to learn the fundamental of intellectual property? you are at right place.

Topics in BMI: Grid Computing - . grid computing and its applications in the biomedical informatics domain may 2008. jay

Mechanical Waves - Chapter 15. mechanical waves. the propagation of an vibration in an elastic medium. wave: any