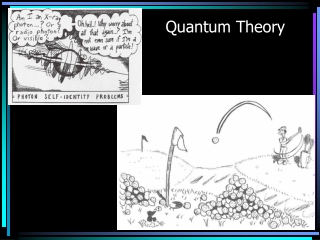 Unit 3: Atomic Theory &amp; Quantum Mechanics Section A.6 – A.7 - . in which you will learn about: the quantum

4-2 Quantum Theory - . planck’s theory. max planck predicted accurately how the spectrum of radiation emitted by an

Experimental Issues in Quantum Measurement - . today, 7.10.03: overview – a survey of some important situations in q.