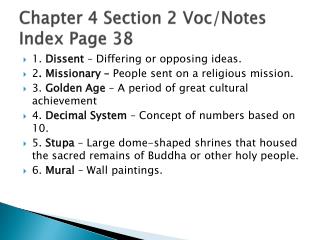 Chapter 4 Section 2 - . i can . . . evaluate and simplify powers use order of operations with exponents hw: 4-2 ws and

Chapter 3 Section 4 Notes - . using moles to count atoms. what is a mole?. the si base unit that describes the amount of

Chapter 3 Section 4 Notes - . i. the search for a promised land. land of canna. a. hebrews lived in the land of cannan

Chapter 4, Section 2 - . sub-atomic particles and nuclear atoms. accidental discoveries?. does anything get discovered by

Chapter 3 Section 2 Notes - . fluid. any substance that has the ability to flow (move on its own) two states