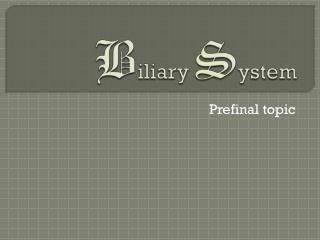 Precision Agriculture - . what is precision agriculture?. the practice of managing each acre of your farm to reach it’s

MANPADS What are they and how do they work? - . mr chris hughes uk ministry of defence. manpads?. m a n p ortable a ir d CT Scan of the Liver and Biliary Tract - A ct scan is a type of diagnostic imaging test. in this test, x-rays and