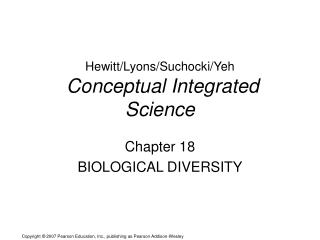 What is Physics? - . first of all, physics is a science. so our first question should be: what is a science?. science.

Hewitt/Lyons/Suchocki/Yeh Conceptual Integrated Science - . chapter 12 the nature of chemical bonds. this lecture will