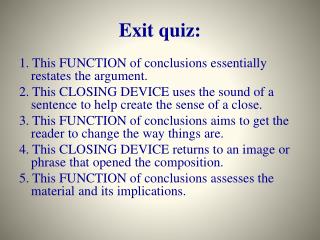 Every exit is an entry somewhere else. - Tom Shoppard - “and what is as important as knowledge?” asked the

Children's Quiz ! - . . play. quiz time!. the question will appear at the top of the page with some answers underneath.