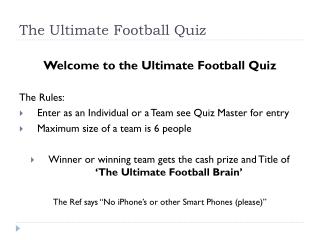 Proximate vs. Ultimate Explanations - . quick aside: -the first few lectures have been a bit “atypical” (setting

AHSAA Football Mechanics Basic Mechanics, Keys and Responsibilities for a Crew of 7 2011 Football Season - . why use