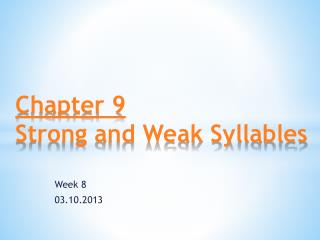 Chapter 16 Acid – Base Equilibria - . contents and concepts. solutions of a weak acid or base 1. acid-ionization

Chapter 10: Transcription in Bacteria - . few proteins have had such strong impact on a field as the lac repressor has