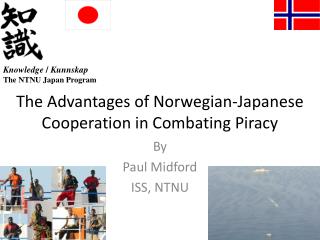 The Advantages of Norwegian-Japanese Cooperation in Combating Piracy The Advantages of Norwegian-Japanese Cooperation in Combating Piracy

The Rise of Counterfeiting/Piracy - . intellectual property rights have a considerable economic value. non-respect on

Unit III: The Evolution of Cooperation - . can selfishness save the environment? repeated games: the folk theorem

Institutions and Cooperation in IR - . robert o. keohane: after hegemony – cooperation and discord in the world