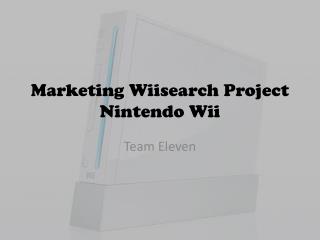 Wii Fit by Nintendo - . by megan mills. the wii fit will use a balance board accessory, and will promote exercise and

Hottest Nintendo Wii U Game Listing - Ever since its inception, assassin’s creed has amazed avid gamers around the

How to set up your Nintendo Wii - . step one: look at the back of the console. step two. find the power lead and plug it

How to enable game play with the Nintendo Wii - . by eli de carteret. what is in the box?. remotes. power cable/ wire.