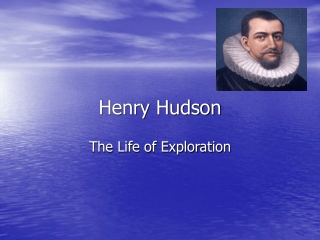 Harnessing the Hudson - . the story of the building of the spier falls dam. essential questions. why was the hudson

About O .Henry - . about hi m. writer: o.henry o.henry w as a prolific american short-story writer. . about the writer.

The Dutch - . kirsten, kaelyn, tom, nick . where they settled. the dutch settled in present day new york city, and a

Henry IV ACTV Scenes 4 and 5 - . by: oliver payne. historical context. written by william shakespeare , believed to be no

Henry VIII - . another challenge for the roman catholic church. henry viii. king of england 1509-1547. he was a devout