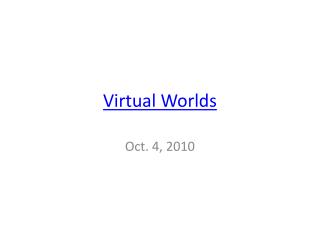 Virtual Worlds - . definition: a genre of online community that often takes the form of a computer-based simulated

Exploring the Role of Virtual Worlds in the Evolution of a Co-Creation Design Culture - . judith molka-danielsen molde