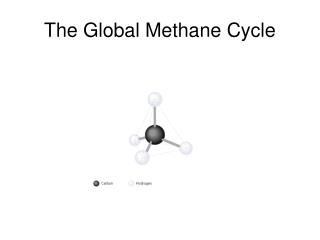 The Global Methane Cycle. Methane. CH 4 Colorless gas Component of the atmosphere Main component of natural gas CH 4 + 2O 2 → CO 2 + 2H 2 0 . Why is methane important?. Clean fuel source It is a powerful greenhouse gas It removes Hydroxyls from the troposphere

The Cell Cycle - . every cell is the product of a cell cycle. the cell cycle comprises two alternating events: cell

The Potential to Feed Nitrates to Reduce Enteric Methane Production in Ruminants - . by r a leng ao, d.rur.sc. emeritus

Hydrologic Cycle - . the hydrologic cycle. more than 97% of all earth’s water is in the oceans. only 1 % of earth’s

Audit of the Acquisition and Payment Cycle - . chapter 18. learning objective 1. identify the accounts and the classes of

The limestone cycle - . limestone. learning objectives. by the end of the lesson i will be able to: carry out thermal