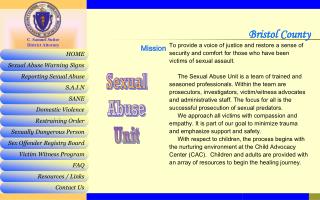 Bristol County To provide a voice of justice and restore a sense of security and comfort for those who have been victims of sexual assault.

County Meath - . by tara ryan. what you will learn. industry in meath interesting things about meath pictures of the book

BREEAM use at the University of Bristol - . overview. background our approach progress to date lessons learnt. who is