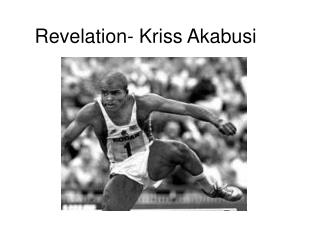 Revelation- Kriss Akabusi Winning a Gold Medal in the European Championships was the unbelievable dream come true for Kriss, particularly as he also beat the British record, which had been unbeaten for 22 years!