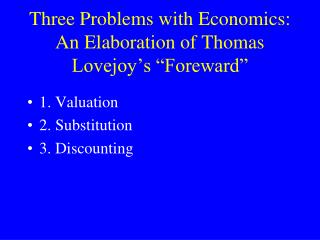 Three Problems with Economics: An Elaboration of Thomas Lovejoy’s “Foreward”

Three Problems with Economics: An Elaboration of Thomas Lovejoy’s “Foreward”

John Cage - . 1912-1992. early life. he was born in los angeles his father was an inventor of useless products his mother