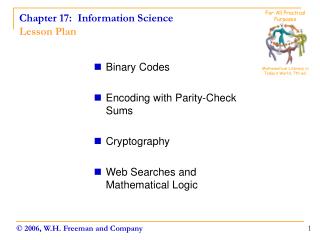 Chapter 55 - . conservation biology and restoration ecology. important information! . i have not edited this ppt. you may

From classical arithmetics to information science: - . some applications of abstract research. michel waldschmidt