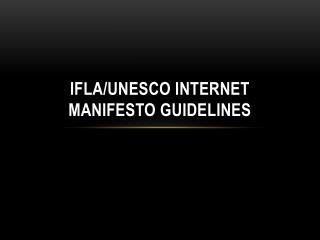 Internet - . wendy g lehnert, “ internet 101, a beginners guide to the internet and the world wide web ”

Web Technology - . internet and www. what is internet? the internet is a global system of interconnected computer

The Internet - Next what are some services found on the internet ? history of the internet arpanet networking project by

Internet Use in Libraries - . t.b. rajashekar ali alshowaish. motivations of internet use in libraries. information