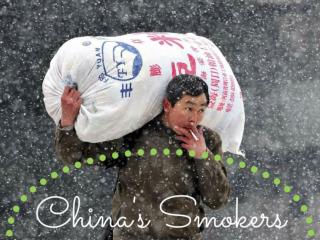 Smoking in China is prevalent, as China is the world's largest consumer and producer of tobacco. There are 350 million Chinese smokers, and China produces 42% of the world's cigarettes. The Smokers’ Journey - . the smokers’ journey. tension. treatment. trigger. how might we help quitters by ….

Laws for smokers - . law 1. everyone must wear ids identifying them as a smoker or non-smoker. law 2. smoking is banned