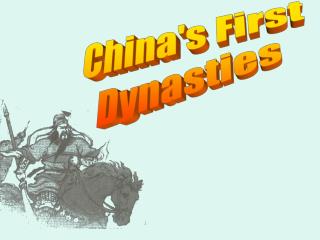 China's First Dynasties. Dynasty. Example:. Definition:. A series of rulers from the same family. Similar to:. What it is NOT:. The Xia (SHAH) Dynasty. Founded by: Yu the Great in 2200 BC Settled near Huang He (Yellow River) China Dynasties - . cornell notes. a dynasty is a line of rulers who belong to the same family and pass control from one

Dynasties of China - . by cierra houlihan . qin dynasty history . the qin dynasty was the first imperial dynasty of china

Dynasties in China - . mr. ernst social studies. mandate of heaven. why do we need to remember it? it’s part of the

Dynasties of China - . major rulers of china. the first