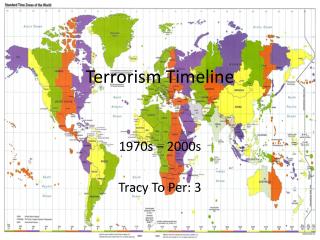 Historic Roots of Terrorism - . an exploration of early terrorism and of the historic roots of modern terrorism. michael