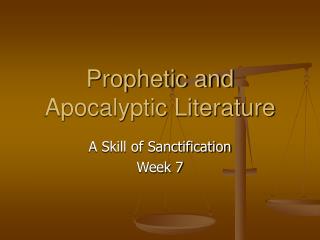 The Time of the End Part 1 - . prophecy summary of daniel. time of the end. the purpose of prophecy is to strengthen our

LITERATURE REVIEW - . what is lr?. a literature review discusses published information in a particular subject area, and

Dr. Seuss and his use of symbolism in Children’s Literature - . katie odell english 4950 summer 2008. the life of