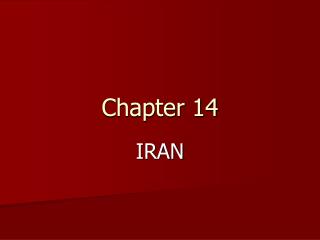 Iran: What’s in a Name? - . historically known as persia until 1935, when reza shah pahlavi asked for the country to be