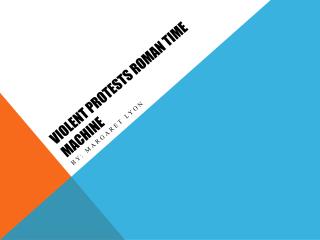 THE NETHERLANDS AFTER 1945: TWO SILENT REVOLUTIONS AND ONE VIOLENT ONE? - Eighth meeting of the phd course paradigms and

Grace and the Time Machine - . compiled by: terry sams pes. from starring grace by mary hoffman adapted for story theater

Chapter 13, Section 1 Things to Know - . how was henry ford able to reduce the sale price of the model t ford? what was