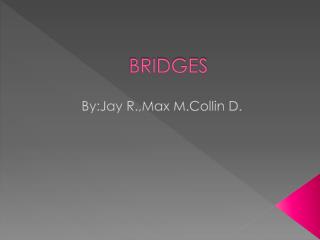 BRIDGES . By:Jay R.,Max M.Collin D. Historical facts!. The government bridge, or Arsenal Bridge. This was the first bridge ever created in America, it connected chicago and the rock island railroad during the 1850s. More facts.