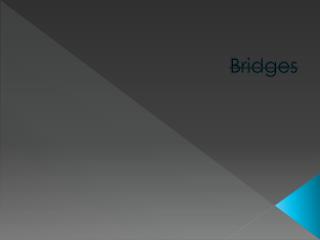 Bridges. London Bridge. The most famous bridge with houses is also one of the earliest and the longest lasting, this is the London Bridge. It was built between built between 1176 and 1209 . Bridge Book. The first bridge engineering book was written by Hubert Gautier in 1716. First Iron Bridge.