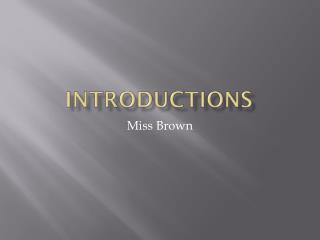 Introductions. Miss Brown. Lights! Camera! Action!. Imagine for a second you are just starting to watch a movie on TV… There is popcorn and drinks and you are all set for a great film. But the beginning of the film is BORING!!! What do you do? Using PI ProcessBook - . the visuals. introductions. instructor students tell us about your pi system what is your role

A Train the Trainers Programme for NHS South of England - Shared decision making, self management support and care