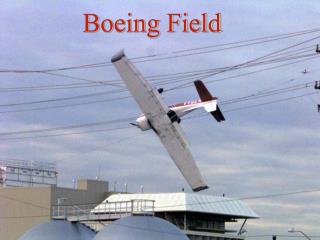 Boeing Field. Downbursts can be Divided into Two Main Types. MACROBURST: A large downburst with its outburst winds extending greater than 2.5 miles horizontal dimension. Damaging winds, lasting 5 to 30 minutes, could be as high as 134 mph. William Boeing - . aircraft aficionado. when was mr. boeing born?. william boeing was born in detroit, michigan in the