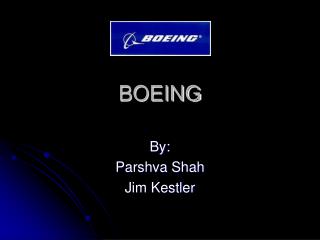 William Boeing - . aircraft aficionado. when was mr. boeing born?. william boeing was born in detroit, michigan in the

Boeing Field - . downbursts can be divided into two main types. macroburst: a large downburst with its outburst winds