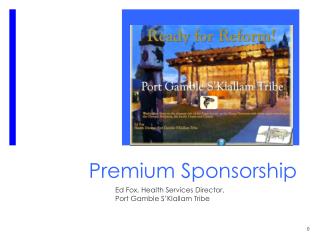 • Sponsorship • - . “getting entrepreneurs ready to talk to investors”. • sector buzz •. tech startups are in

Sponsorship - . or how to win new business and influence customers. to sponsor or not to sponsor?. sports sponsorship is

SPONSORSHIP - . a presentation for sisters of the holy family june 15, 2009. purposes of the session. to explore the

Sponsorship - . available from the union. hey ewe sponsorship apply at the beginning of each year based on the support

Sponsorship - . southwest texas conference emmaus community. objectives. after this training, you will be able

Sponsorship Overview - . what is schooltipline?. schooltipline is a way to prevent bullying, vandalism, theft, drug use,