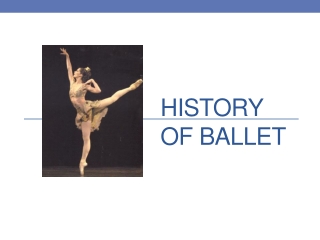 Ballet History - . 15 th &amp; 16 th century history. ballet is an art form that has a long, rich history dating back

The History of Ballet - . dance i and ii mrs. koontz. when did ballet begin?. ballet began in during the italian