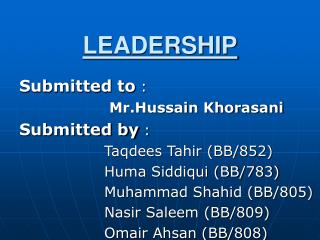 LEADERSHIP PARADIGMS - . an extremely important consideration in our understanding of leadership is the situation in