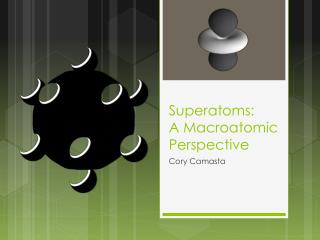 Superatoms : A M acroatomic Perspective. Cory Camasta. A little bit of history…. Walter Knight and his team discovered “magic clusters” of sodium in 1984 by vaporizing sodium and passing it through a supersonic hose. LEAN MANUFACTURING A FINANCIAL PERSPECTIVE - . a workshop for finance, accounting and operations personnel. presented by:

The Humanistic Perspective - . a horizon of vitality, creativity, and hope. humanism: a

THE NIGERIAN INSURERS ASSOCIATION (NIA) IN PERSPECTIVE - . principal officers of the asssociation. history of the nia