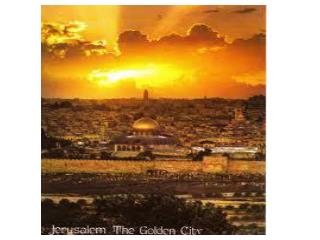 JERUSALEM I wept until my tears were dry I prayed until the candles flickered I knelt until the floor creaked I asked about Mohammed and Christ Oh Jerusalem, the fragrance of prophets The shortest path between earth and sky Oh Jerusalem, the citadel of laws Until My Breath Runs Dry - . all of my life, all of my days i will worship you the same i give you my heart, i give you

“UNTIL I COME…” - . “until i come…”. until the apostle paul could come and be with the brethren, he wanted

I cannot write my final exam… until the class finishes the book - . brian p. coppola arthur f. thurnau professor of

Final 415 Amendment: Can I Wait Until I Restate? - . today’s presenters. kevin merrill director of pension content

Why I Won’t Take the “Wait Until 8th” Pledge With My Kids - Our kids live in a digital world. by preventing their

Until Then - My heart can sing when i pause to remember, a heartache here is but a stepping stone. along a trail, thats

Until the Lord Returns - . how your church can tap into planned gifts for long-term funding. how many of your members

Repeat Until Command - . code functions. run p. run the program p and then halt, starting and finishing with an empty

Until he returns - . how to live when the bridegroom is