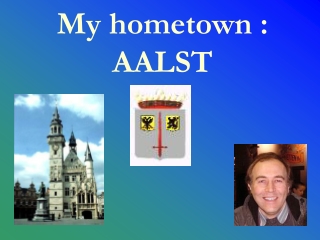 My hometown : AALST. What’s in a name ?. There is no certainty about the meaning of the name "Aalst“. Amongst the many explications, two seem to make more sense :