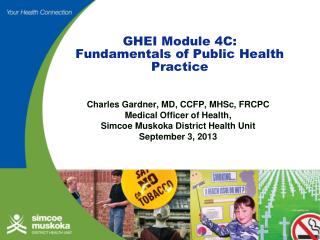 Module 2: Fundamentals of Epidemiology - . observational studies. developed through the aptr initiative to enhance

A Brief History of Public Health - . what is public health?. “to promote health and quality of life by preventing and

Hormesis: What it Means for Toxicology, the Environment and Public Health - . edward j. calabrese, ph.d environmental

Mixing theory and practice - Reflections on teaching a large level one module structure who? richard bailey, new to