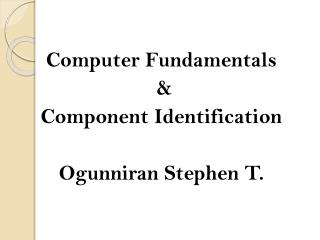 CSE313 Computer Architecture - . arithmetic for computers. outline for the lectures. some arithmetic fundamentals

Module - 3 - . computer fundamentals, telecommunications, and networks. the basic system including keyboard, mouse and