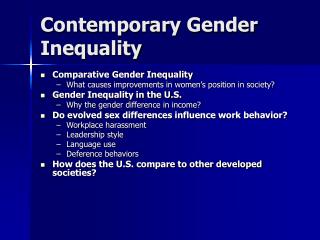 An Analytical Framework of Government Role in Technological Promotion as a Cause of Inequality - . i ntroduction. “for Society And Gender Equality - Gender equality, is the state of equal ease of access to resources and opportunities