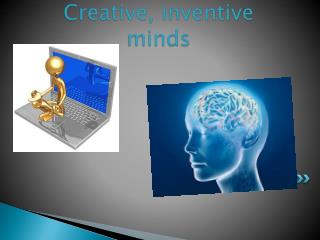 Creative, inventive minds. Lesson 1. Inventions related works. A human being is. A robot is. Made of strong metal. A soft weak creature. It needs constant supplies of air, water and food;. It is stronger, more efficient. Than human beings. Creative And Artist Minds Give Mesmerize Graphic Design - Graphic design a philosophy of art in which ideas, colors,

How Creative Arts Can Transform the Minds of Children In School? - In this competitive world, most of the schools are