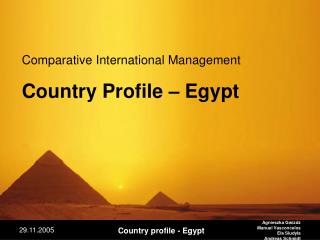 The purpose of comparison. What is comparative education? What is international education ? - . fernando reimers