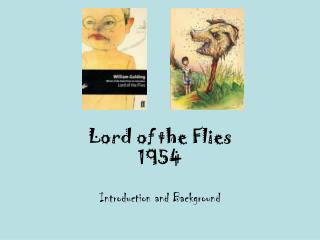 The Kite Runner by Khaled Hosseini There is a Way To Be Good Again - . english ii: world literature. what are some of the

Lord of the Flies 1954 - . introduction and background. title translation. “beelzebub” a hebrew word for lucifer

Lord of the Flies by William Golding - . an introduction. william golding and lotf …what did you find out?. william