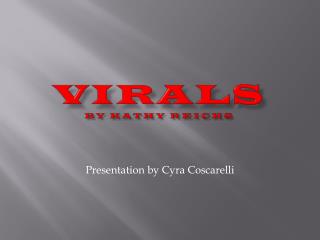 VIRALS by Kathy Reichs. Presentation by Cyra Coscarelli. Characters. Tory -Major tomboy, Tory is the leader of the pack with a thirst for adventure and a plan up her sleeve.

Pennsylvania Young Reader’s Choice - . 2011-2012 young adult. what is the purpose of the pennsylvania young reader’s

tory lant - . click here to create your own story. first put your headphones on so you can hear the